Throughout time, ancient civilisations have built vast cities containing statues and sacred structures to proclaim the power and glory of the state. Temples were erected for prayer, ritual, and sacrifice, affording the people a place of worship as well as somewhere to interact with their deities, thus creating a link between the realms of the human and divine. 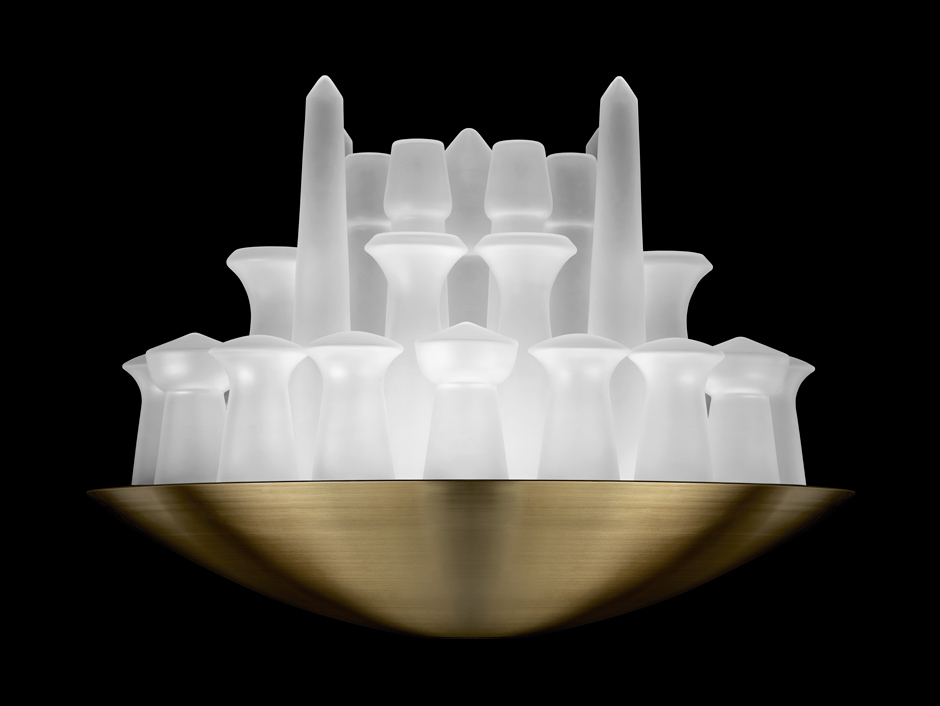 Kacper Hamilton
Temple
Glass, Brass, LED
100 cm x 100 cm x 75 cm
Edition of 3 + 2AP + 1P
The chandelier is composed of thirty-seven illuminated hand-blown glass elements, which sit in a precise, harmonious and sacred geometry atop a large suspended spun-brass dish. The design echoes the forms found within Ancient Egyptian architecture and is reminiscent of a celestial temple or mystic mausoleum, much like Kafka’s Castle; a place that can be seen but not accessed. 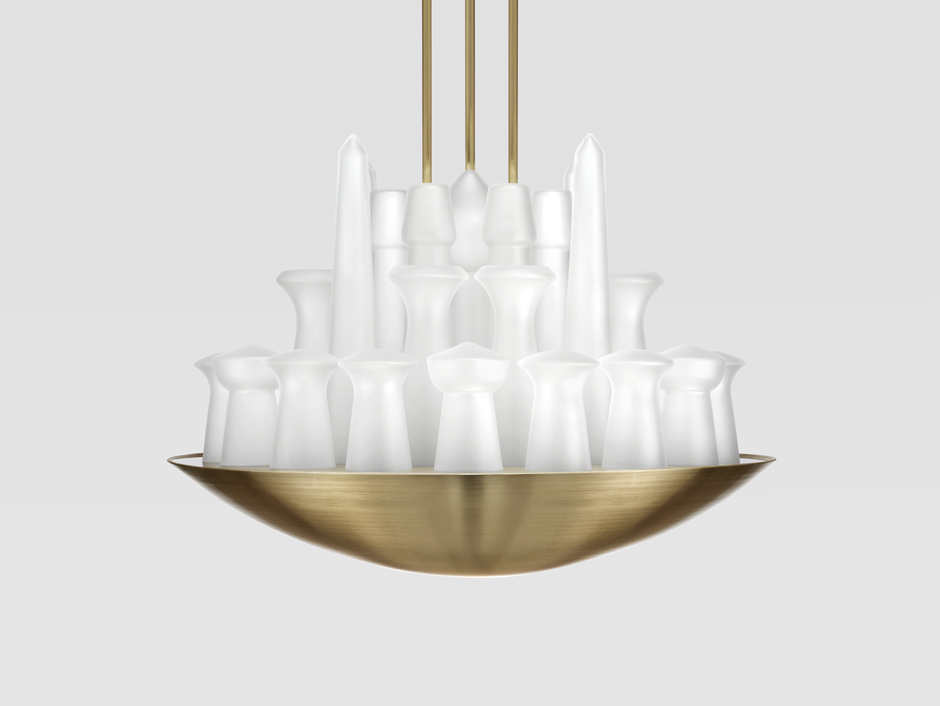 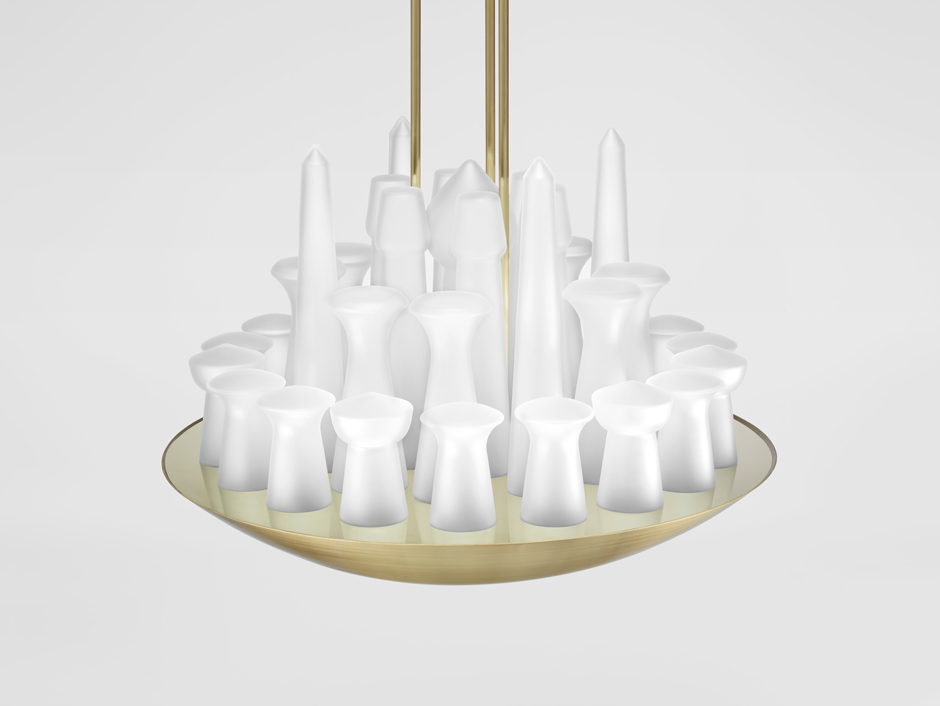 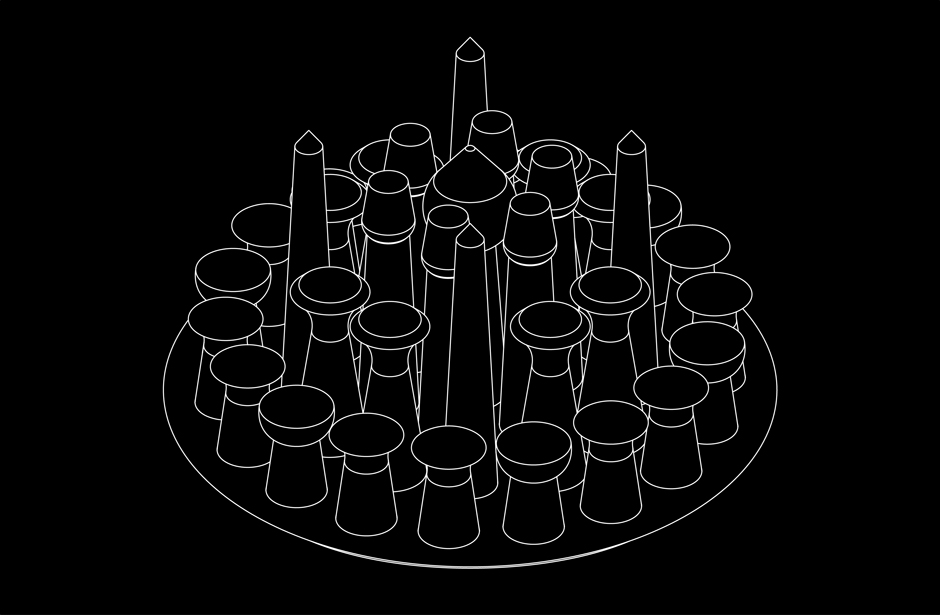 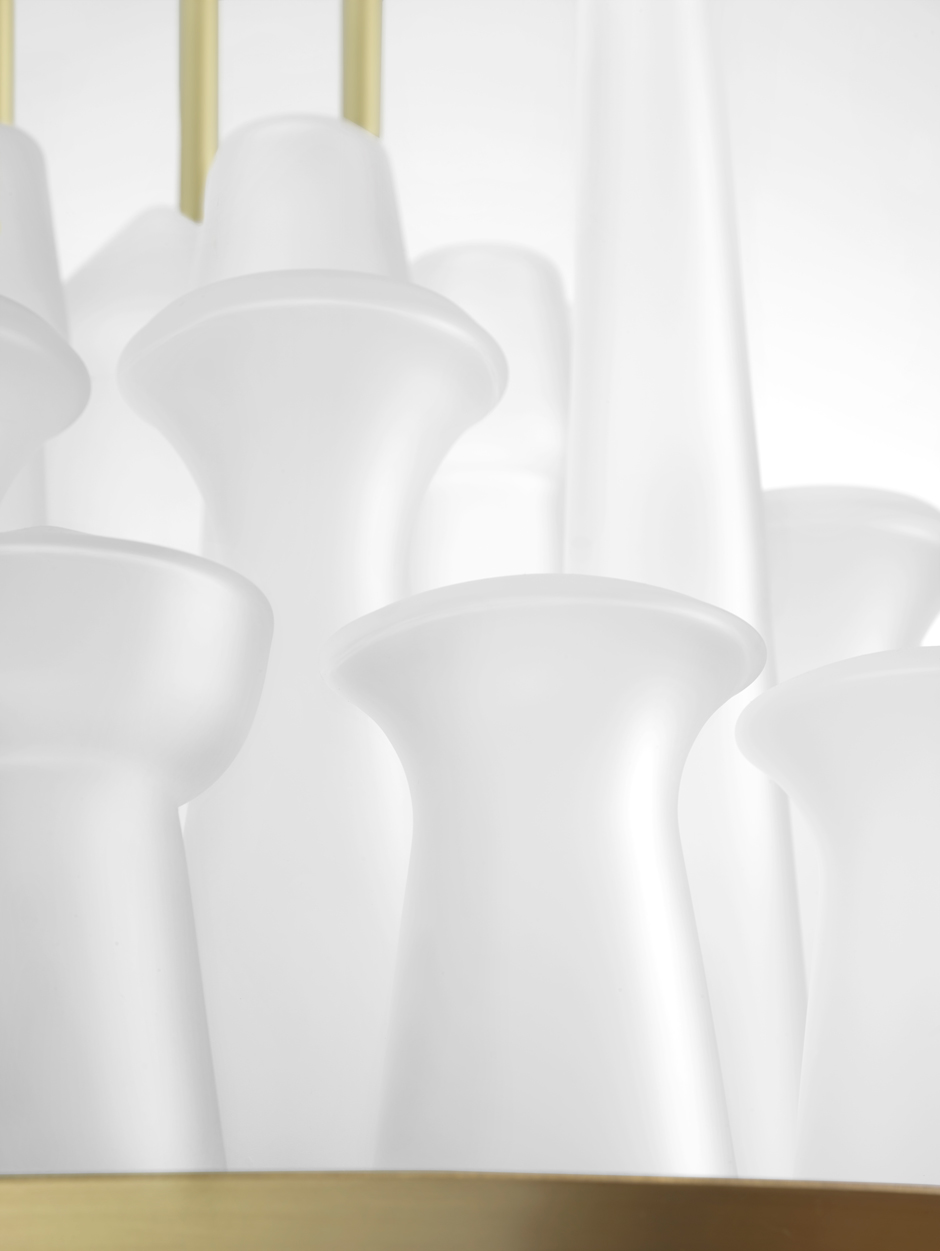 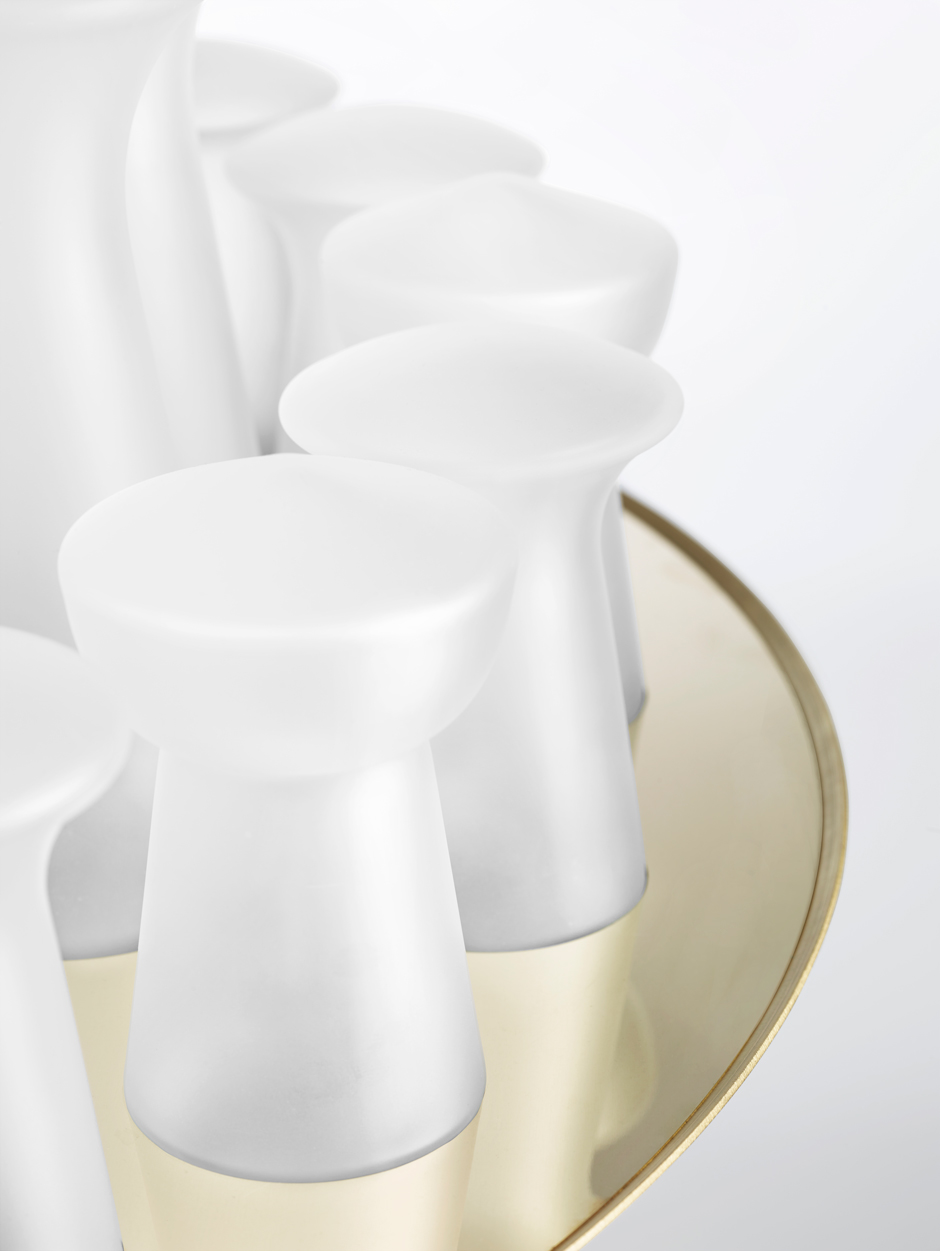 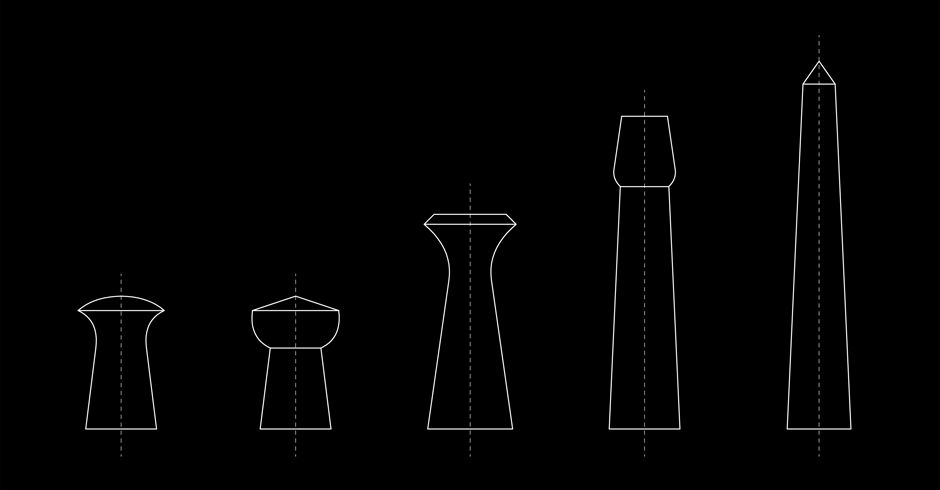 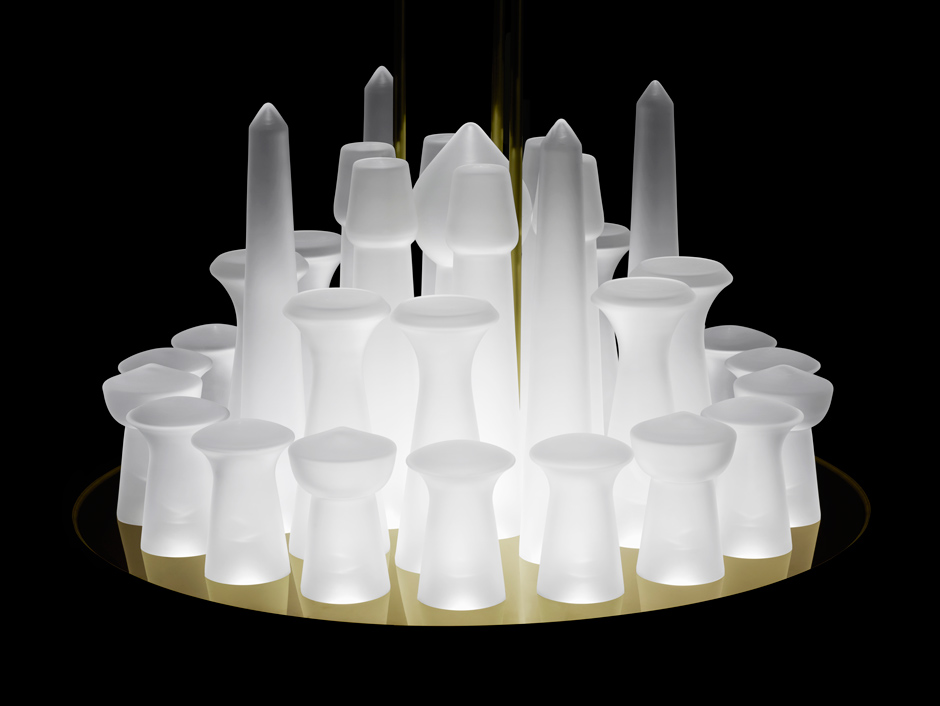 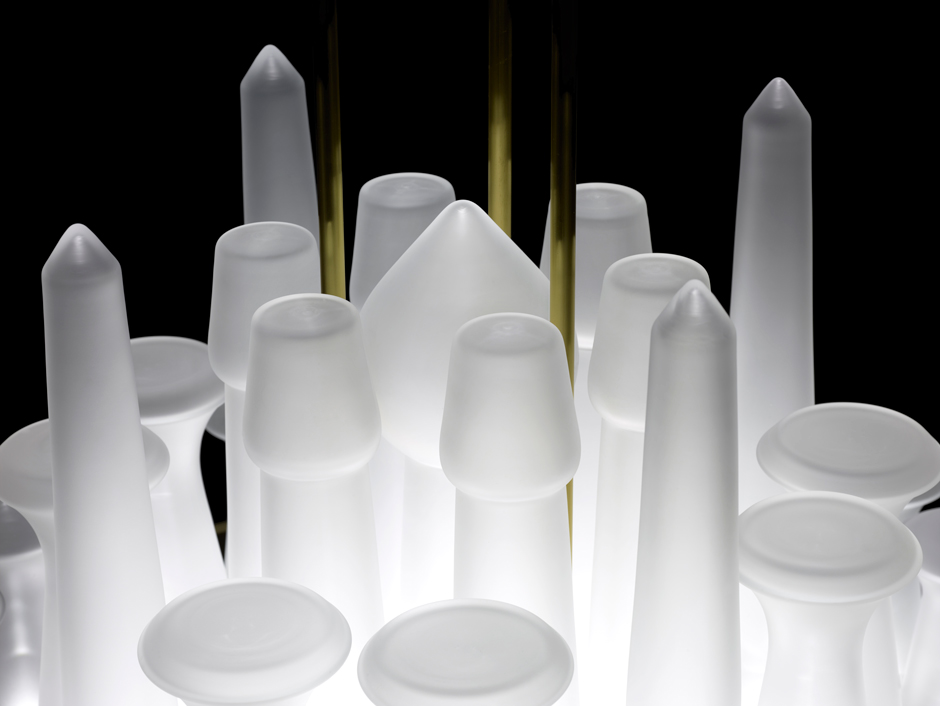 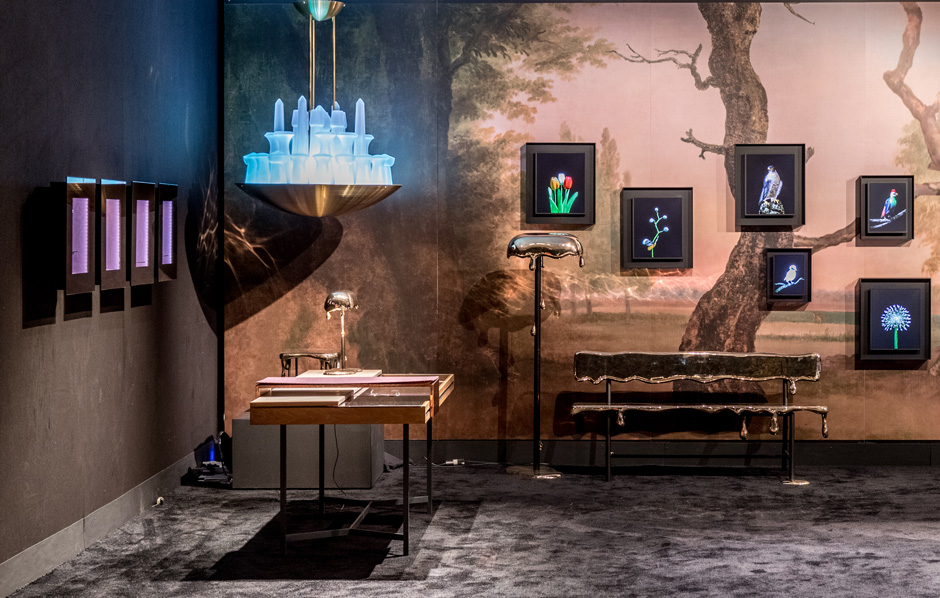